In September of 2017, the Fair Work Amendment (Protecting Vulnerable Workers) Act 2017 took effect. This Amendment was passed into Law in November 2017. The Legislation addresses concerns over the underpayment and exploitation of vulnerable workers–primarily migrant workers and franchisees employees. Here’s it is in a nutshell. 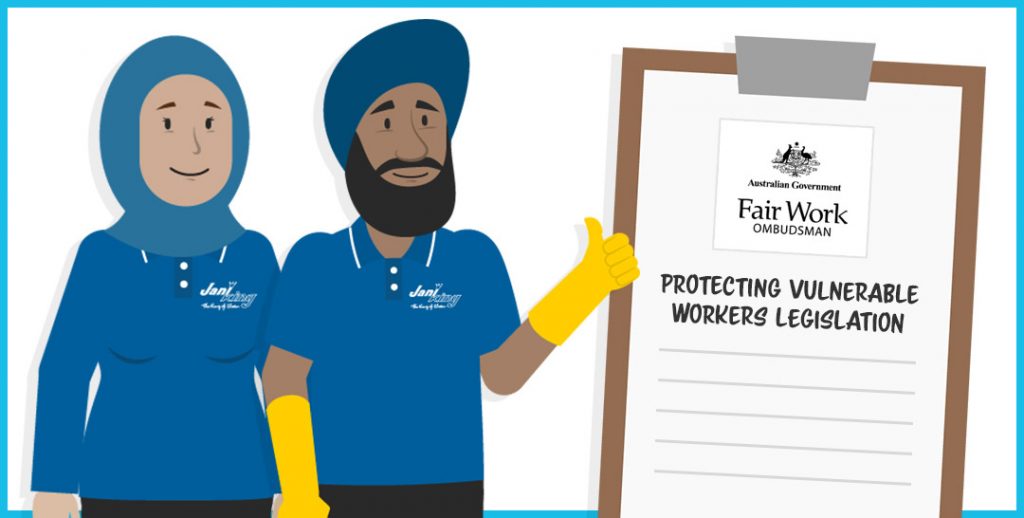 Dramatically increased maximum penalties for “serious violations” of the Fair Work Act. In fact, the maximum penalty is now ten times higher: $126,000 for an individual and $630,000 for a corporation.

2. Higher penalties for failures in record-keeping

3. Reverse onus of proof when employers do not meet record-keeping requirements

If an employer fails to comply with record-keeping requirements such as establishing and keeping records, making records available, and providing accurate pay slips, the onus of proof is now on that employer to prove they have.

This measure extends liability for franchisors and holding companies that contravene the Fair Work Act. It states that franchisors who “could reasonably have been expected” to know that a contravention would occur can be held responsible for contravening the act.

This part of the law targets cash-back arrangements that have previously been discovered in certain businesses. It states that employers may not directly or indirectly require employees to pay them any amount of money (in most circumstances).

At Jani-King, we have always put our franchisees first and do everything that we can to comply with the Fair Work Act. Since the introduction of this Legislation, we have taken further steps to ensure that we are compliant and that our franchisees are protected. Feel free to Contact Us with any questions or concerns, and we will be happy to address them.